So when Bobby was invited to appear on the nationally syndicated Mike Douglas Show,  she did what any responsible chief executive would do:  She had her mom call school and say she’d be out sick that day.

END_OF_DOCUMENT_TOKEN_TO_BE_REPLACED

Over the past 9 months,  we’ve introduced you to a magical 1960s photo album….and told you some of the stories behind it.

Back around 1964,  South Philadelphia nightlife columnist and photographer Arthur Tavani collected over 200 photos of himself with nationally and locally famous singers,  comedians,  athletes,  politicians,  judges,  business people and more.

Many of the best-known entertainers – ranging from Bobby Rydell and Fabian,  to Al Martino and Guy Marks – were South Philly natives.  Today,  we’ll show you Art’s photos with famous out-of-towners… END_OF_DOCUMENT_TOKEN_TO_BE_REPLACED 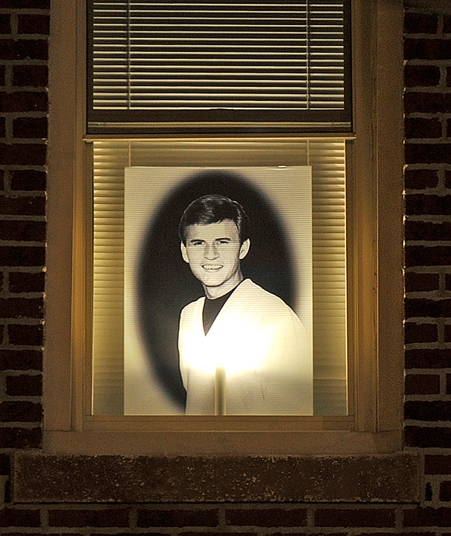 (“Wildwood Days” and East Passyunk nights: It must be Bobby Rydell…)

Fifty years ago,  you couldn’t walk down a South Philadelphia street – or enter a club – without encountering one or several of them.

And now,  for the month of January,  they’ll be smiling back down on the neighborhood.

END_OF_DOCUMENT_TOKEN_TO_BE_REPLACED

When a friend gave us a fabulous photo album crammed with Philadelphia area nightlife photos from the 1960s,  we had no idea how to identify the hundreds of celebrities, politicians and “just plain folks” in its pages.

But that’s before we learned that  –  while the rest of the world operates on six degrees of separation  –  Philadelphians know just about everyone in this city of neighborhoods.

Early on,  we took our album slide show to the South Philadelphia Older Adults Center and the Charles Santore Library,  both on Passyunk Avenue and both filled with longtime residents.   (And many thanks to Older Adults program director Deborah Hoffer and librarian Jeanne Hamman for setting up those shows.)

(Joey Giardello,  left,  and Rubin “Hurricane” Carter before their legendary 1964 bout.  That’s Arthur Tavani,  the original owner of the photo album,  at center.)