They’re back!  This evening,  we lit our 27 holiday windows with portraits of the many great neighbors,  shop owners,  and dogs  (lots of dogs…)  we’ve met since moving to South Philadelphia in 2012.

So,  if you’re dining or playing near the  “Singing Fountain”  between now and New Year’s Day,  we hope you’ll check out our windows at East Passyunk Avenue and Tasker Street. 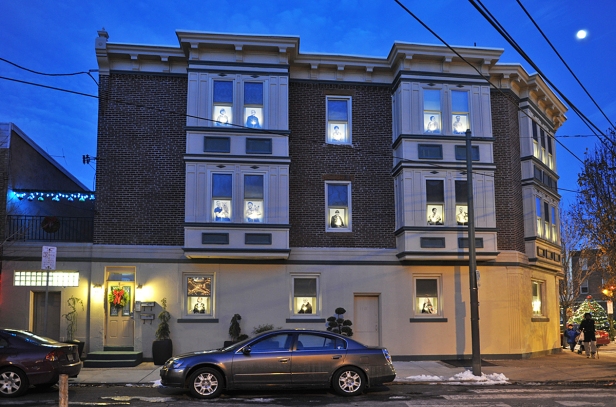 Our first holiday display in December, 2013.

END_OF_DOCUMENT_TOKEN_TO_BE_REPLACED

It’s been two weeks since the presidential election,  and we’d like to thank the more than two dozen artists,  writers,  and performers who offered words of pre-election encouragement from our South Philadelphia windows…. 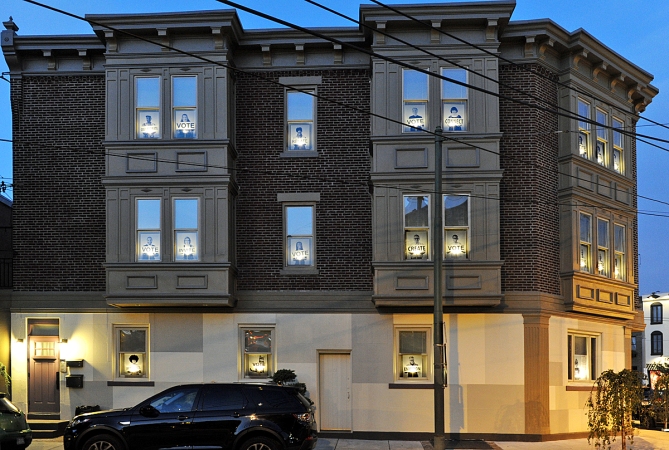 Click here to learn about the 28 inspiring Philadelphia artists who spent the pre-election month smiling  from our windows.

…and the hundreds more warm-hearted souls who let us photograph them for our blog…. 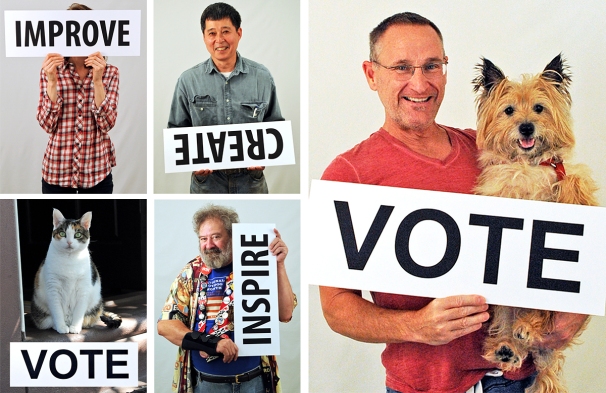 Click here to scroll backwards through all 11 of our pre-election posts,  starting with this one.

We dreamed up our non-partisan photo project this summer,  during a depressing campaign week that painted America as a failed experiment — with a candidate who somehow made it okay to overlook insults against minorities,  women,  the disabled,  the armed forces,  prisoners of war,  our allies – seemingly against basic human kindness itself.

And we did our best to put aside our own political leanings to remind people  (including ourselves)  of the goodness that built our country and the goodness we can still create together.

But healing is largely missing from the holiday menu this year:  No one could have predicted that the candidate with almost three million more votes would be declared the loser,  and that the Ku Klux Klan would be planning a public victory parade – or that the election results would be hailed with racist graffiti and taunts against children and adults in cities all around America,  including our own.

This Thanksgiving  will be an especially hard one,  with families split along ideological lines and feelings so raw.

So where do we start?   There’s only one clear path…. 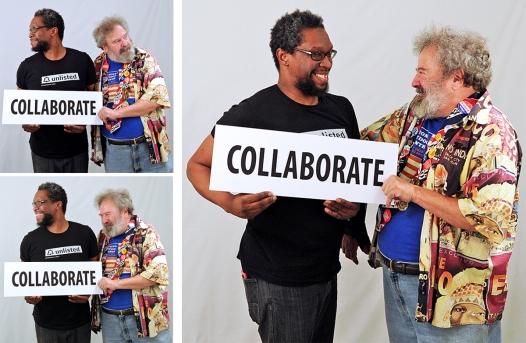 And so this Thanksgiving – when radio stations all over the country traditionally play “Alice’s Restaurant”,  that rambling folk ballad – what better musician to quote than self-described “folkslinger”  Arlo Guthrie,  in a fun-but-true riff built off a comment by fellow musician Pete Seeger:

“If the world was perfect and everybody had money,

everybody drove a BMW,  nobody was homeless,  nobody ever got sick,

everybody was smart and…happy all the time,

to make a difference in this world.

You’d have to do a whole hell of a lot to improve the way it was.

“But in a world that sucks,  like this one,

you don’t have to do very much at all.

“There was never a time in the history of the world

where you could do so little and get so much done.” 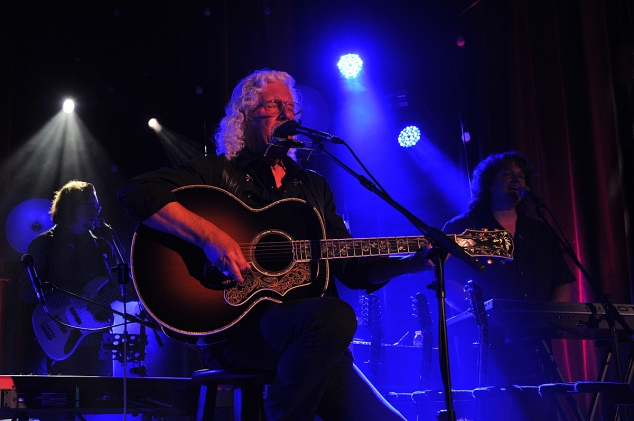 Time to get moving again….! 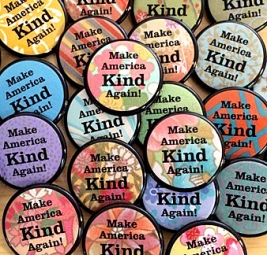 And,  yes,  we’ve been handing out dozens of these pins,  available at Via Delia,  to make ourselves feel better.   Sometimes,  you just have to get back in the game.

Happy Thanksgiving to all,

Well,  it’s come down to this….and there’s no do-overs after Election Day…. 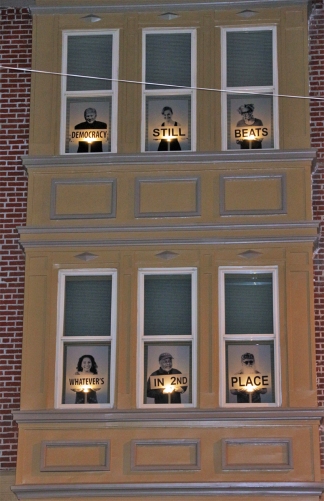 Corny perhaps, but indubitably true:  Click here to learn more about these smiling faces in our South Philly windows – and about the hundreds more big-hearted Philadelphians we’ve photographed for our blog this month.

And,  yeah,  it’s easy to say that both major candidates are flawed,  and you don’t want to vote for either of them.  But their agendas are polar opposites,  and one of them will be elected this week.

And you  – and all the other smiling faces on our blog – will be living with the consequences for years to come.

END_OF_DOCUMENT_TOKEN_TO_BE_REPLACED

Over the past four weeks,  we’ve photographed scores of optimistic Philadelphians in our home studio,  as part of our pre-election,  anti-angst photo campaign… 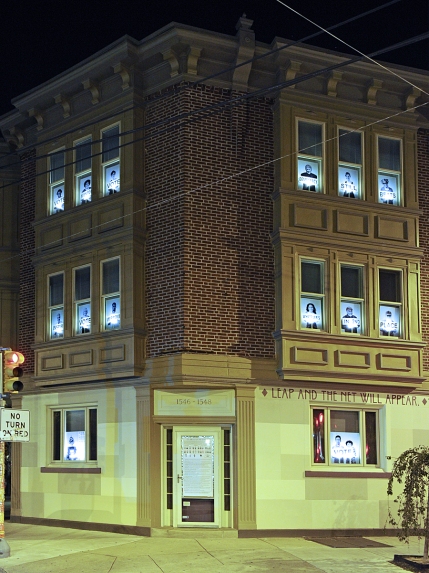 Click here to learn more about the smiling artists in our windows at E. Passyunk Avenue & Tasker Street – and our quest to show hundreds more upbeat Philadelphians on our blog.

Today we’ll stroll our South Philadelphia neighborhood to introduce you to just a handful of the equally upbeat business people and customers we’ve met during our four years here…. 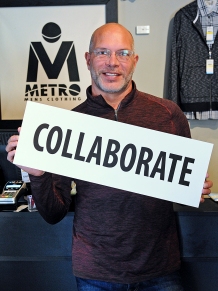 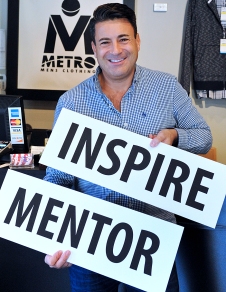 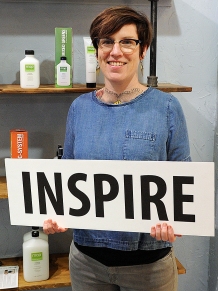 END_OF_DOCUMENT_TOKEN_TO_BE_REPLACED

They say that a bad day is when you wake up and find a  60 Minutes  crew on your lawn. 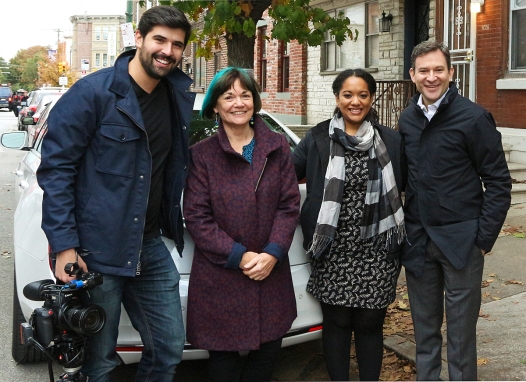 They also offered relief in the form of a daringly co-ed  (i.e., mixed Democrat and Republican)  meditation session.

In between,  they talked to us about our upbeat South Philadelphia window display….

END_OF_DOCUMENT_TOKEN_TO_BE_REPLACED

When we dreamed up our anti-angst, South Philadelphia window project this summer,  we knew this election season was going to get rough. 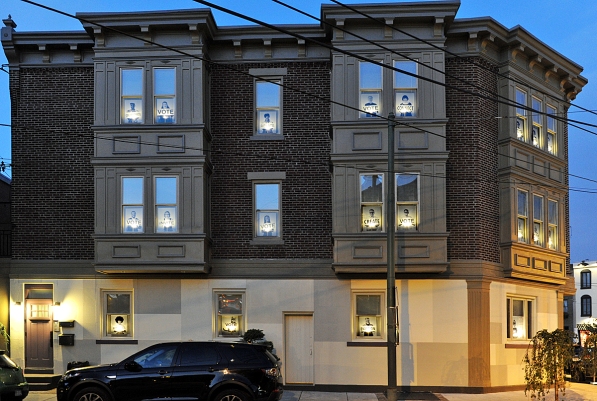 Click here to learn more about the upbeat artists in our lighted windows at E. Passyunk Avenue and Tasker Street – and our quest to photograph hundreds more smiling Philadelphians.

But we had no idea how ugly it was going to get…. 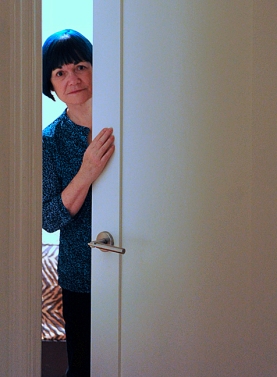 But it’s hard to abandon all hope when you can still find such goodness right outside your studio door.

So we are especially happy today to share more photos taken during last Saturday’s East Passyunk Fall Fest — along with another group of artists we’d like to introduce…. 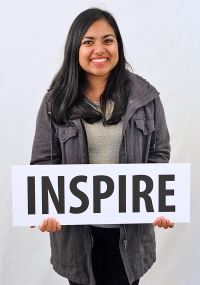 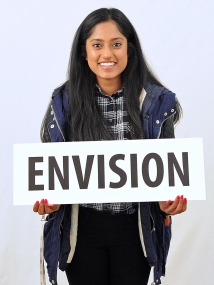 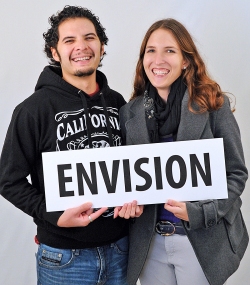 END_OF_DOCUMENT_TOKEN_TO_BE_REPLACED

Over the past several posts,  we’ve told you about many of the 28 artists,  writers,  musicians and performers who appear in our South Philadelphia window display.   (And,  yes,  if you’re not familiar with our pre-election,  anti-angst campaign,  you can read about it here.)

The view on our second and third floors at East Passyunk Avenue and Tasker Street…. 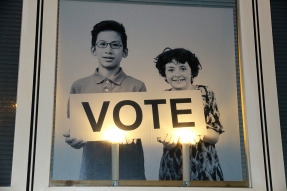 ….and the bottom line on our first floor.