While Philadelphia artist Lou Hirshman first became known in the 1930s and 1940s for his witty three-dimensional caricatures of public figures,  his subject matter evolved with the decades.

By the 1960s,  he was using his found-object constructions to comment on social types ranging from psychiatrists and dictators,  to pot smokers and TV viewers. 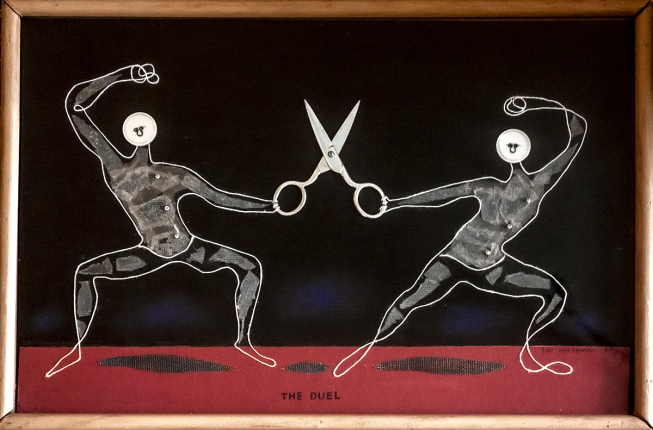 Hirshman’s 1962 “The Duel” shows two combatants – deftly outlined in long strands of string – locked in eternal combat by the children’s scissors that bind them.   Their matching physiques and identical button faces hint at a different type of duel – an internal one. 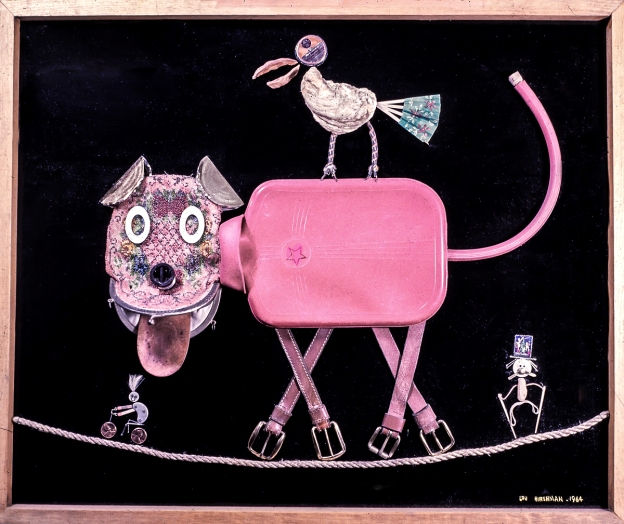 Hirshman also played with major artistic styles,  producing works that riffed on everything from pointillism to cubism to surrealism. 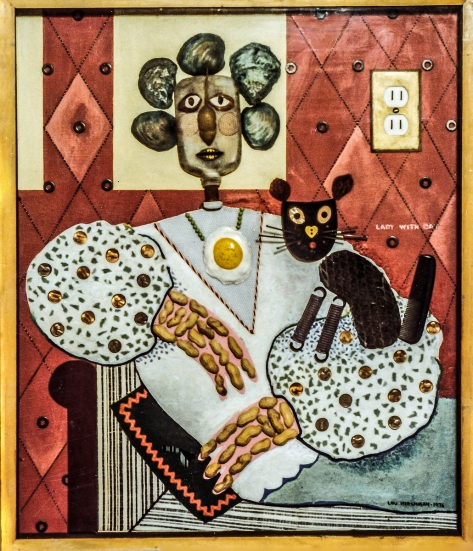 Reading like an early Picasso,  Hirshman’s  “Lady With Cat” (1976)  sports oyster shell hair,  a toy mouse nose,  and an elegant egg necklace.   The legs and tail of her button-nosed cat are fashioned from two springs and a comb.   And,  yes,  the gold-toned electrical plate adds an unexpected,  witty touch. 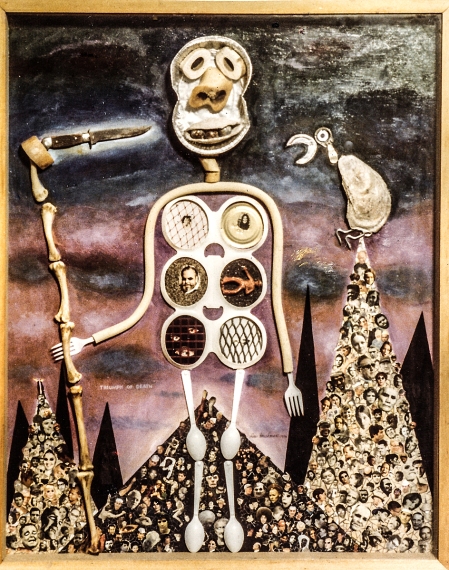 Clutching a staff made from real bones and a knife,  Hirshman’s Grim Reaper in  “Triumph of Death” (1974)  rules over a stark kingdom collaged with images of the famous and not-so-famous.

“It’s hard to tell which came first sometimes – the objects or the ideas,”  Bill said about his dad.   “He was somewhat of a self-taught philosopher who recorded the meditations of Eastern philosophers in his daily journal,  and his five-mile walks to Fleisher were a time of meditation.”

And while his dad sometimes encountered  “art objects”  like a found hubcap in his travels,  Hirshman’s family came to expect that certain possessions – Betty’s clothespins and hair curlers,  Debbie’s dolls,  Bill’s toys,  or even the children’s scissors found in the “The Duel” – would mysteriously disappear,  only to resurface in his latest creation.

A young Bill even delighted his mom with a song in which his missing sister was found framed and hanging in the Louvre. 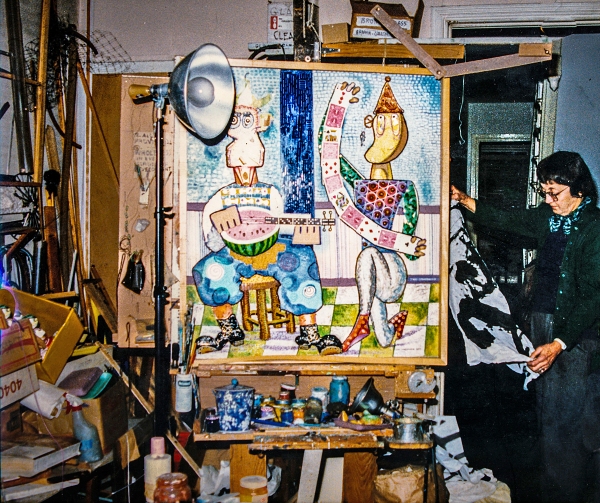 Betty Hirshman in her husband’s studio shortly after his 1986 death.   And,  yes,  Hirshman built all his own frames.

With the help of his son-in-law,  Bill recently set up a Lou Hirshman website featuring images of almost 100 works.

Part of Bill’s mission is to discover the whereabouts of several dozen missing works which either disappeared over the years or were sold through New York’s  Frank J. Miele Gallery  following Hirshman’s 1986 death. 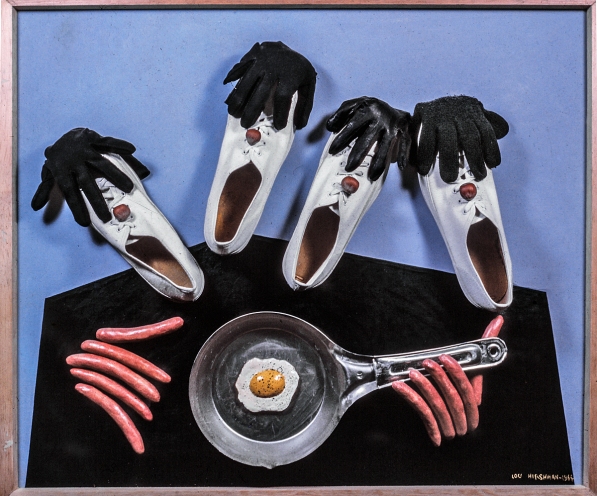 Among the missing:  In 1964,  Hirshman brilliantly portrayed the Fab Four with such simple objects as sneakers,  gloves,  a frying pan,  a fried egg,  and sausages.

And,  yes,  the siblings would love an opportunity to exhibit his work.

Have a story about Lou Hirshman,  or know the location of a missing piece?    Contact Bill and Debbie here. 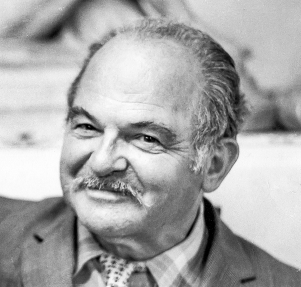