This past year,  we’ve told you the continuing story of a magical 1960s photo album compiled by South Philadelphia nightlife writer and photographer Arthur Tavani.

And we’ve shared dozens of Art’s celebrity photos on our Unexpected Philadelphia website.

Today,  we’re publishing a new set of images showing mid-century business owners and government officials from right here in the neighborhood – and we need your help identifying everyone.

Art Tavani shakes hands with local photographer Carl Verna.  Mildred Trombetta was the editor and publisher of the South Philadelphia American newspaper,  for which Art was a columnist.  Louis Esposito  (right)  still reigns as a second-generation owner of Esposito’s Meats in the Italian Market.

ALL  IN  THE  FAMILY

If Philadelphia is a city of neighborhoods,  then South Philly is its beating heart,  with close-knit generations sharing family vocations as lawyers,  barbers,  funeral directors,  realtors,  butchers,  cheese-makers,  restaurant owners,  and elected officials.

And many of those people – or their parents or grandparents – appear in Art’s album.

And they’ve helped us identify scores of album subjects.

Others,  like attorney and future judge Genevieve Blatt,  took a bit more digging….

But we have many more album subjects to identify…

Our goal is to donate Art’s album to Temple University’s Urban Archives so this unique record of South Philadelphia’s cultural history won’t be lost.

But first,  we want to ensure our identifications are as accurate as we can make them. 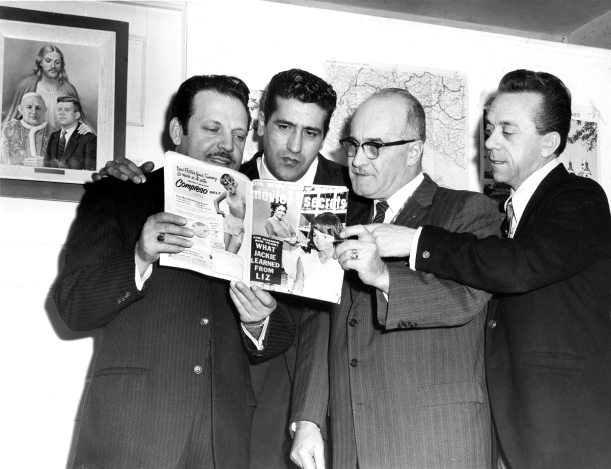 John Joseph Palumbo (left),  publisher of the Philadelphia Exclusive newspaper,  peruses the March,  1965 issue of Movie Secrets magazine with  (from left)  an unknown man,  Ernest Biagi (tentative ID) and Art.  Biagi was a Sons of Italy official and the author of several books about Italian-Americans.

Which is why we need your help.

Do you recognize anyone in our new South Philadelphia business and government photo section,  or in our previous photo sections,  who we haven’t yet identified?  (And,  yes,  you can click on any thumbnail photo to scroll through much larger versions of all the photos in that section.  You will also see a caption below each photo if you are on a non-mobile device like a laptop or PC.)

If you recognize anyone,  please send us an email with a contact phone number.   We’d love to hear from you. 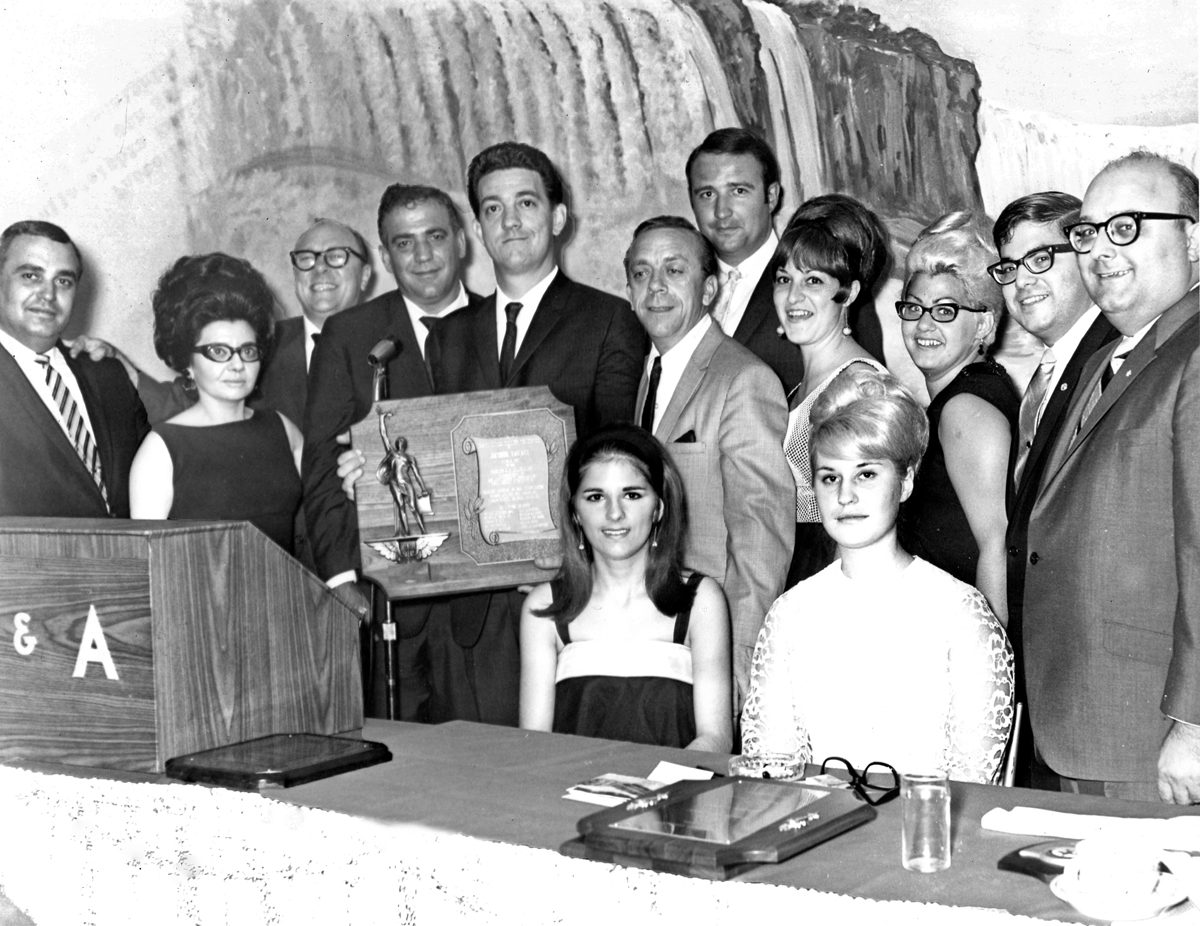 And please let us know if you spot any errors,  so we can fix them…